Freda returned to PT ABT Block 2 in April 2017 and stayed there for several weeks, causing intense conflicts with local farmers. Our Elephant Monitoring and Conservation Units (ECMU) were on site 24/7 to prevent any elephants or people from being harmed.

Fortunately, Freda and her family then moved back into LAJ Block 4, and subsequently into ABT block 1, where plenty of forest and few people provide excellent elephant habitat.

Freda and Indah’s herds joined up and are now roaming together as one large herd of about 50 elephants. While they are sometimes creating conflicts with farmers at the southern boundary, in general the situation has relaxed, and our rangers are happy that things are going well now. This is a huge relief. Recent photographs were taken of the elephant herds in Bukit Tigapuluh using a drone. These have been highly valuable in being able to more accurately assess herd size. 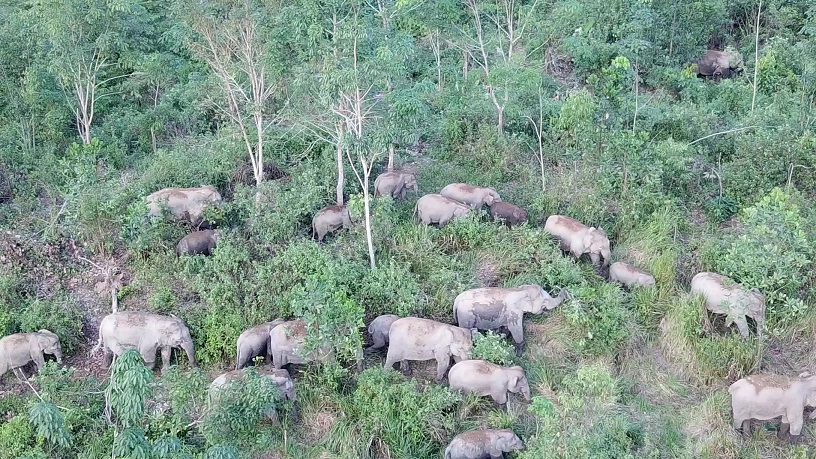 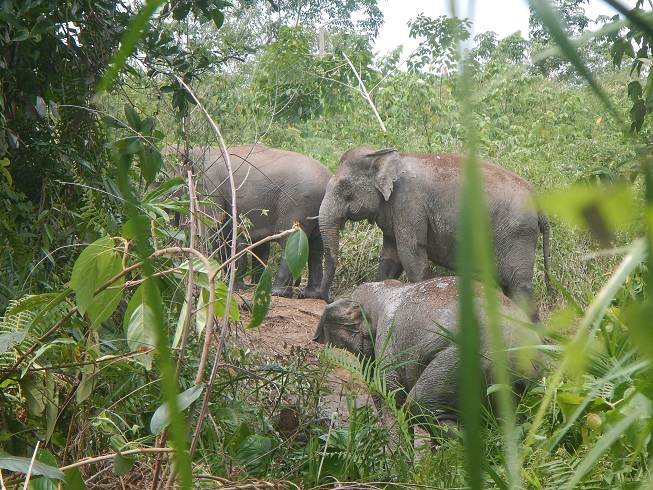 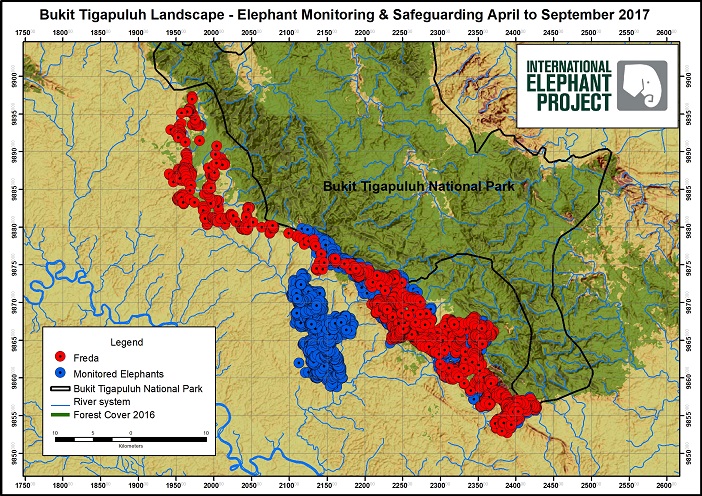