Ginting and her family are safe but still in conflict prone areas. As in the previous monitoring period, Ginting spent most of her time with Anna and Cinta, with all three family groups often joining to form a large herd of over 60 elephants.

While the area that the three family groups live in provides heaps of fodder, the patchwork of fields and forest invites conflict. As in the previous period, our Elephant Conservation and Monitoring (ECMU) teams were busy supporting farmers in their attempts to keep elephants away from their plantations, and had many sleepless nights when the elephants came close to settlements and habitations.

The efforts have proven effective so far; both elephants and farmers were kept safe, although of course some unguarded fields and plantation were still raided. 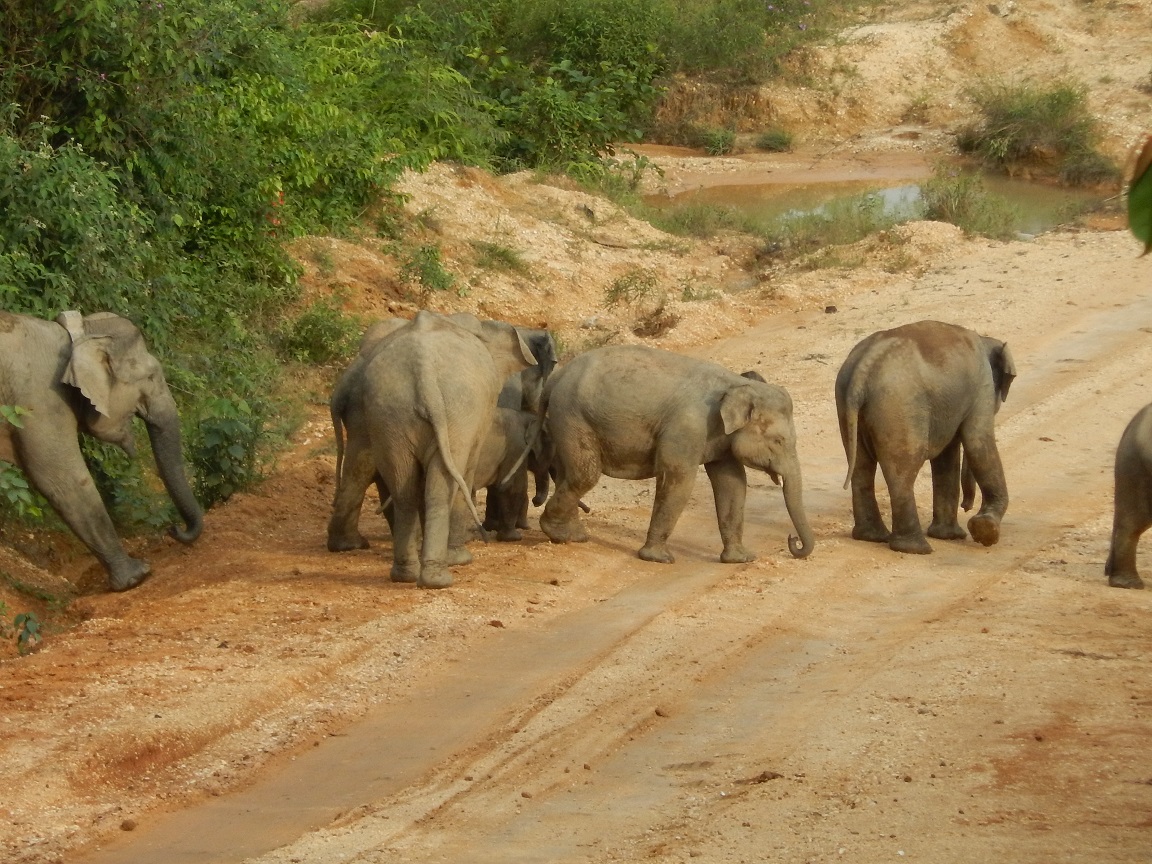 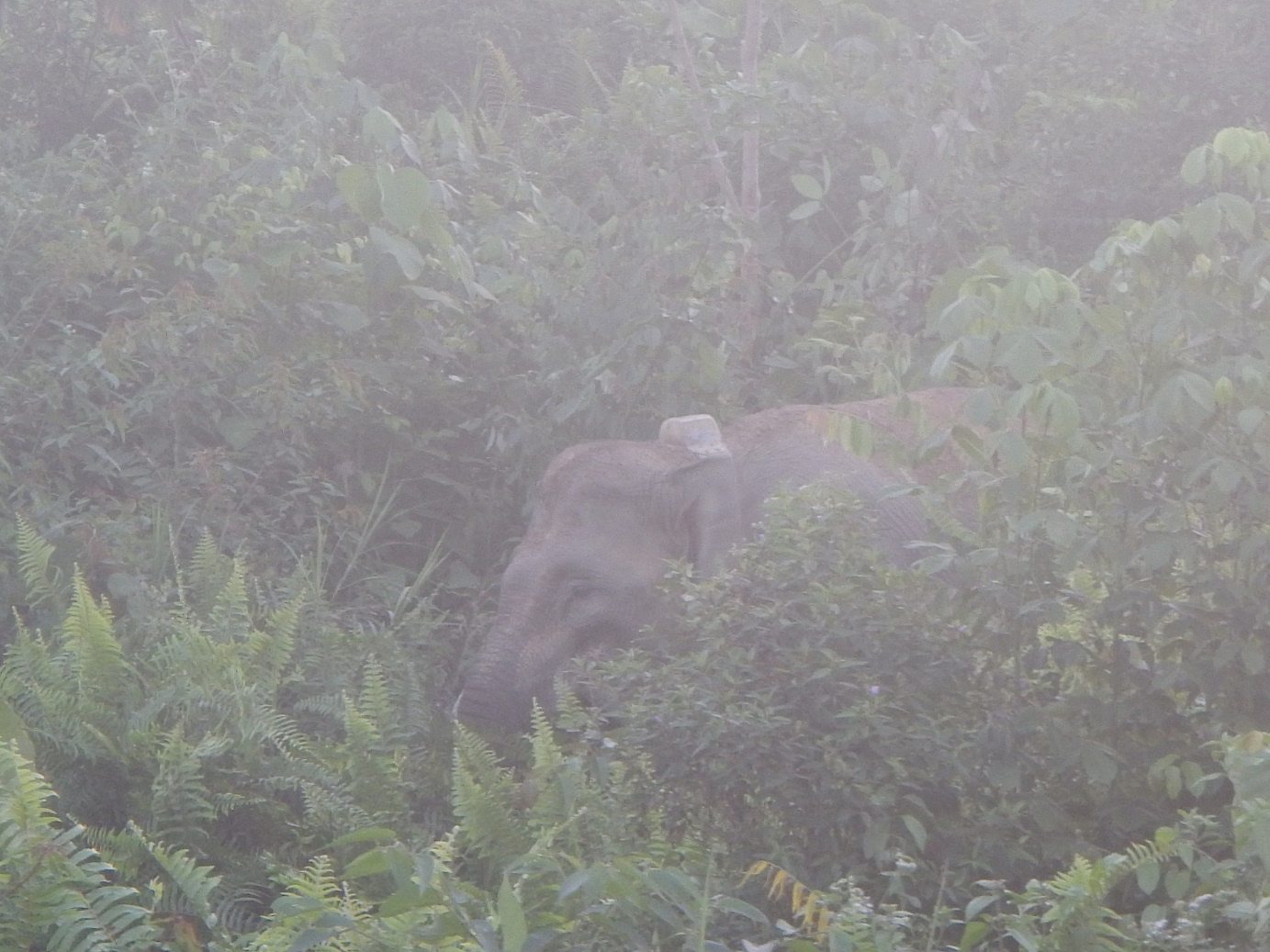 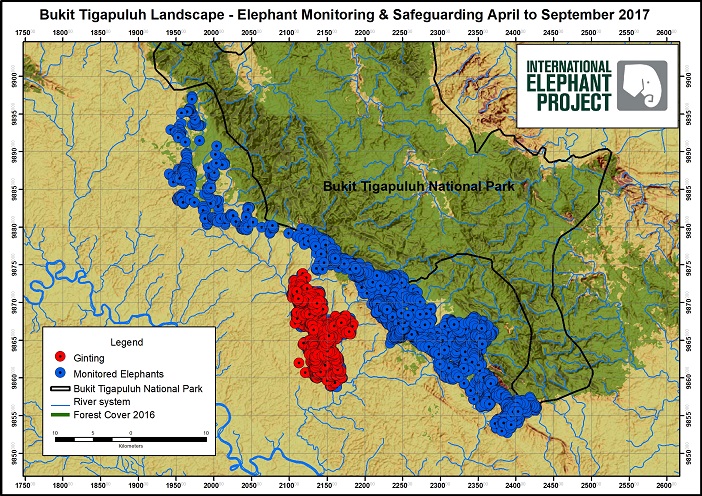