Anna and her family are safe but continue to roam within conflict prone areas! As in the previous monitoring period, Anna spent most of her time with Ginting, and to a lesser extent, with Cinta. All three family groups often joined to form a large clan of over 60 elephants which is amazing to see.

There are plenty of calves and sub-adults this clan and a relatively large number of young bulls. This indicates that the time and effort by the Elephant Conservation and Monitoring Units in protecting the bulls from poaching is paying off. It raises the hope of restoring a balanced sex ratio in Bukit Tigapuluh which is important for healthy population growth. 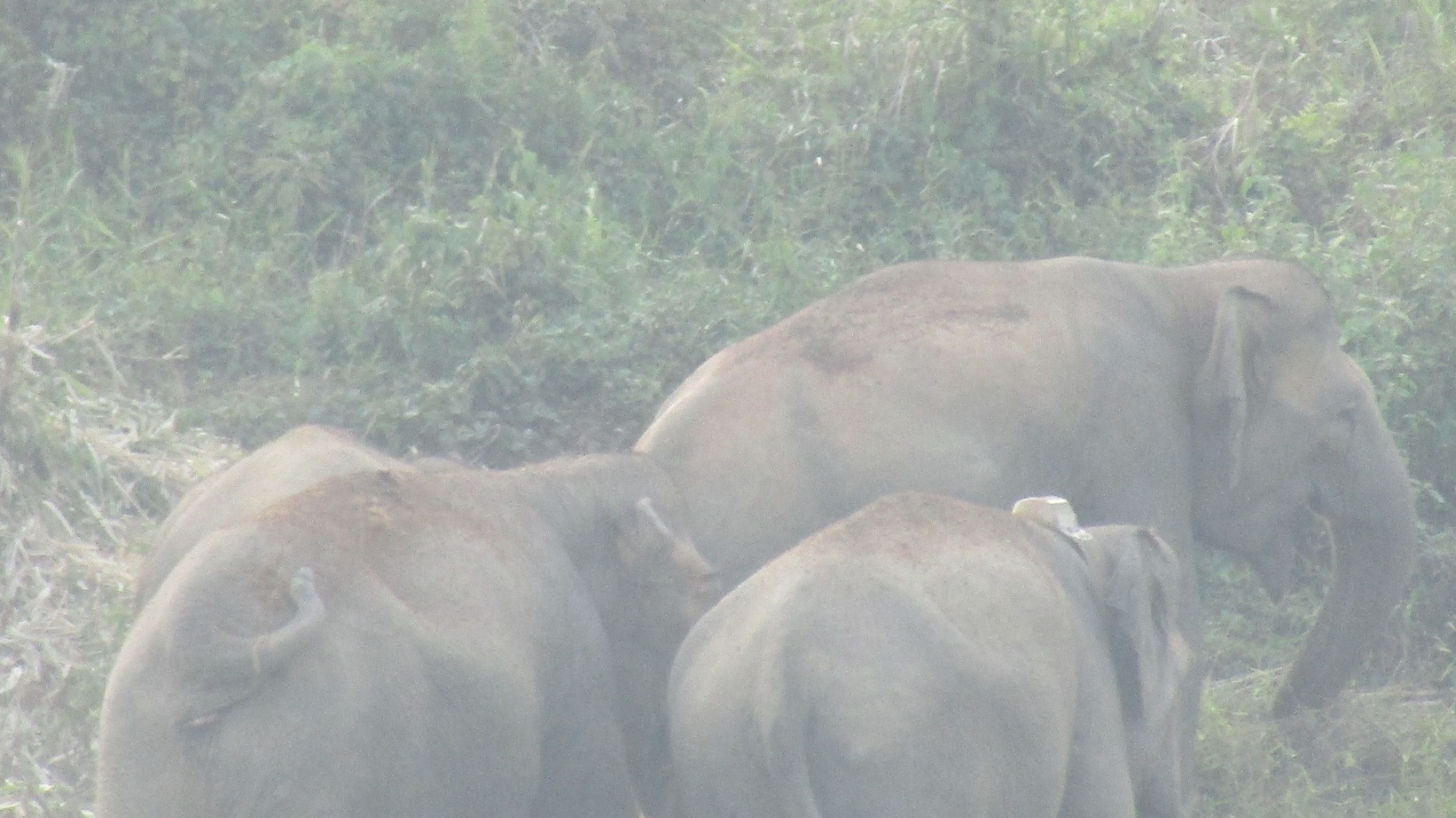 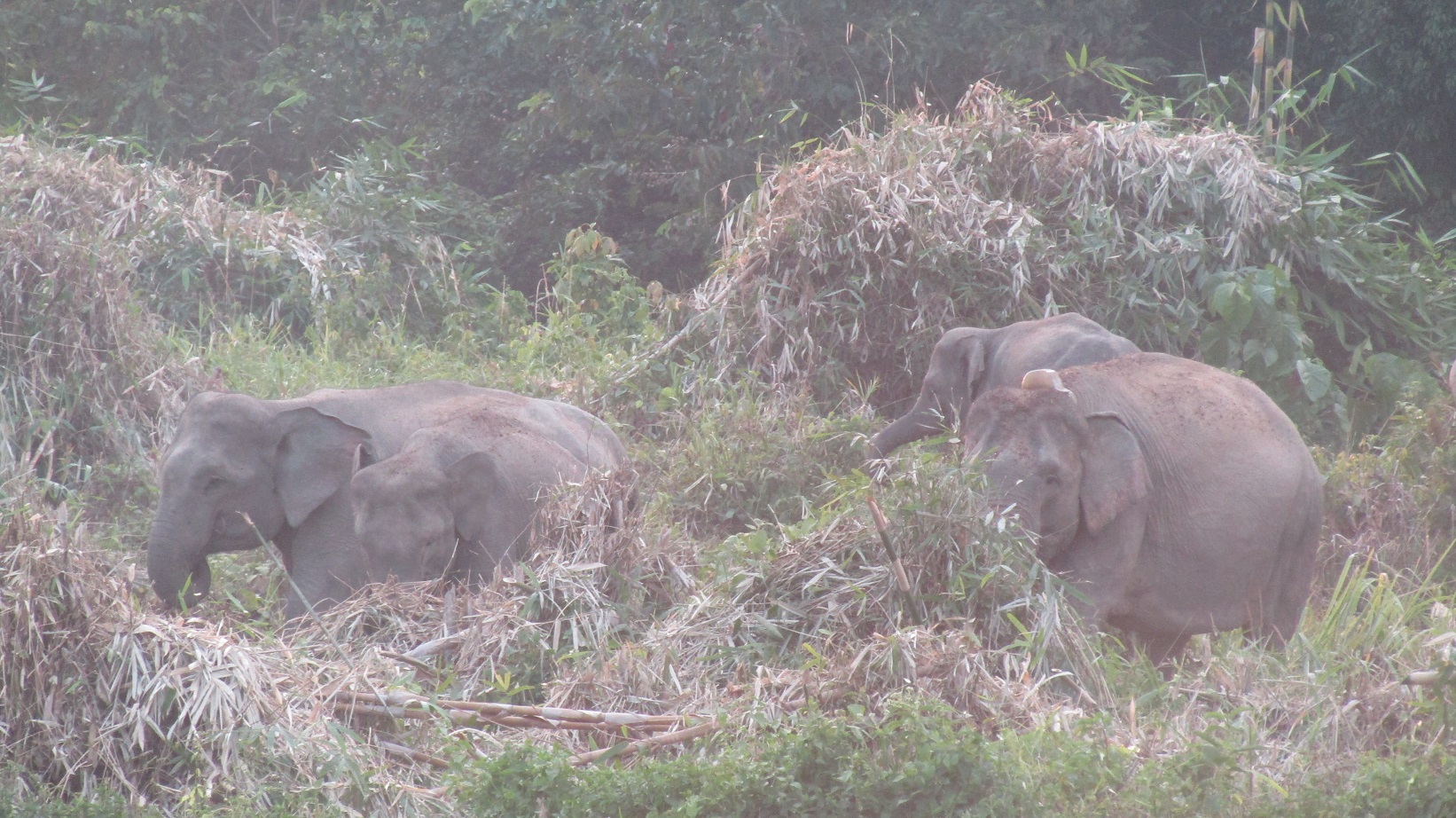 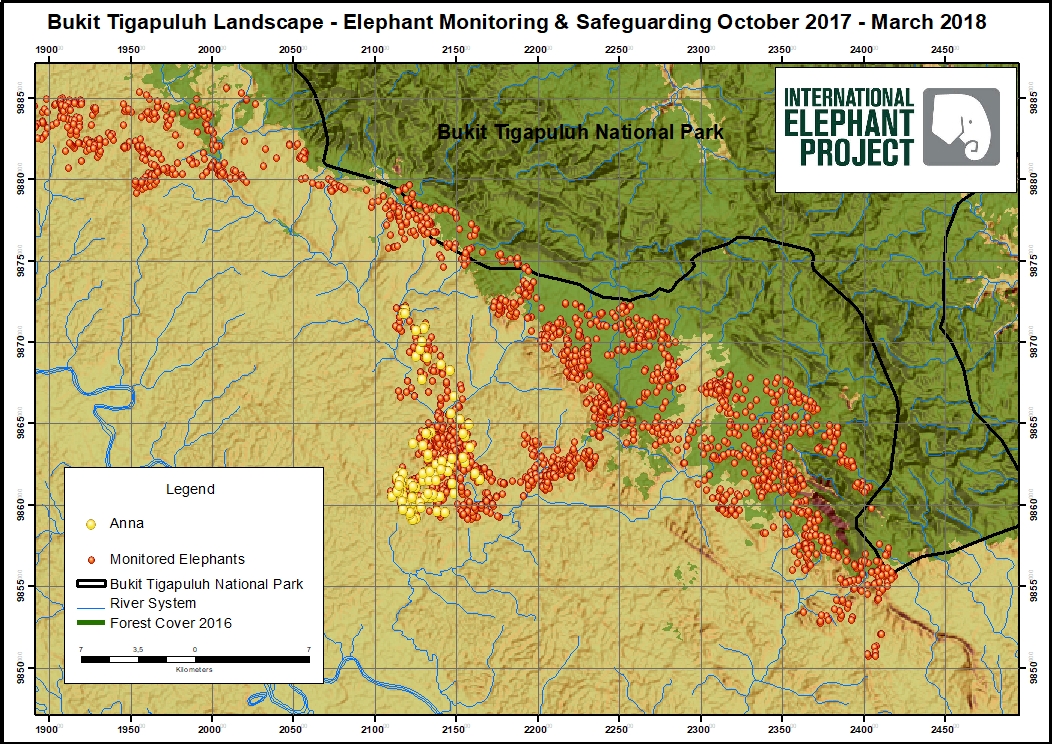