Cinta was first collared in July 2012 and was re-collared in January 2014 in order to replace the already quite battered old collar. This second collar was replaced in August 2015  however it will run out of battery power soon. Two recent attempts to exchange her collar failed due to various reasons. A third attempt to exchange Cinta’s collar is scheduled for either May or July 2018 (depending on the availability of key personnel and permits).  Currently, Cinta’s collar is set to an interval of eight hours to preserve the batteries until a follow up collaring session can be organized.

Cinta and her herd used to have their core home range in an extended lowland forest patch which directly connects to the southern part of the Bukit Tigapuluh National Park. Since 2014 however, Cinta and her family often joined with other female groups in the area, forming a large clan of more than 60 elephants. It looks like that she has now entirely switched her home range to the southern parts of the landscape, joining with Anna and Ginting most of the time. While food is abundant there, the risk for human-elephant conflict (HEC) is high, requiring constant monitoring and conflict mitigation.

From October 2017 to March 2018, Cinta continued to spend much of her time with Ginting and Anna in the southern part of the landscape. As usual, Cinta’s family often kept a bit of a distance to the other families, sometimes also splitting completely and roaming separately for days or even weeks. Cinta’s family tried at least once to cross into ABT Block I via the WKS corridor road, but turned back, presumably due to disturbances along the road. There are plenty of calves and sub-adults in Cinta’s herd and a relatively large number of young bulls. Our team also observed the presence of two large bulls (one with two tusks, one with only one on the right side). This indicates that the time and effort by the Elephant Conservation and Monitoring Units in protecting the bulls from poaching is paying off. It also increases the hope of restoring a balanced sex ratio in Bukit Tigapuluh which is important for healthy population growth. 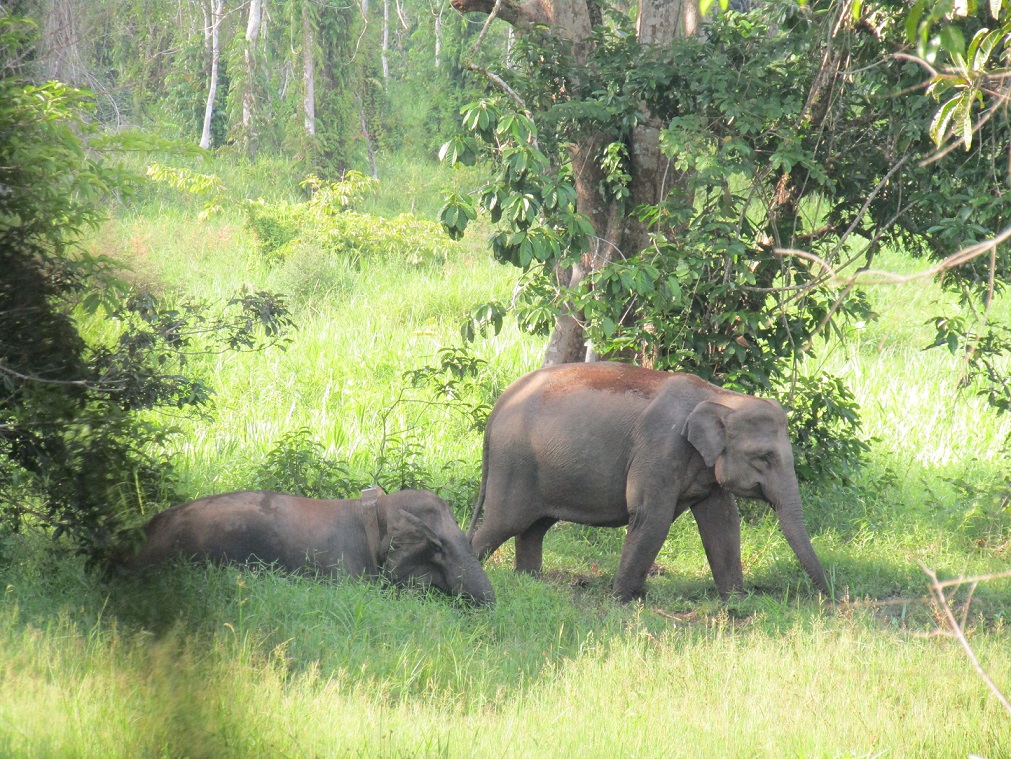 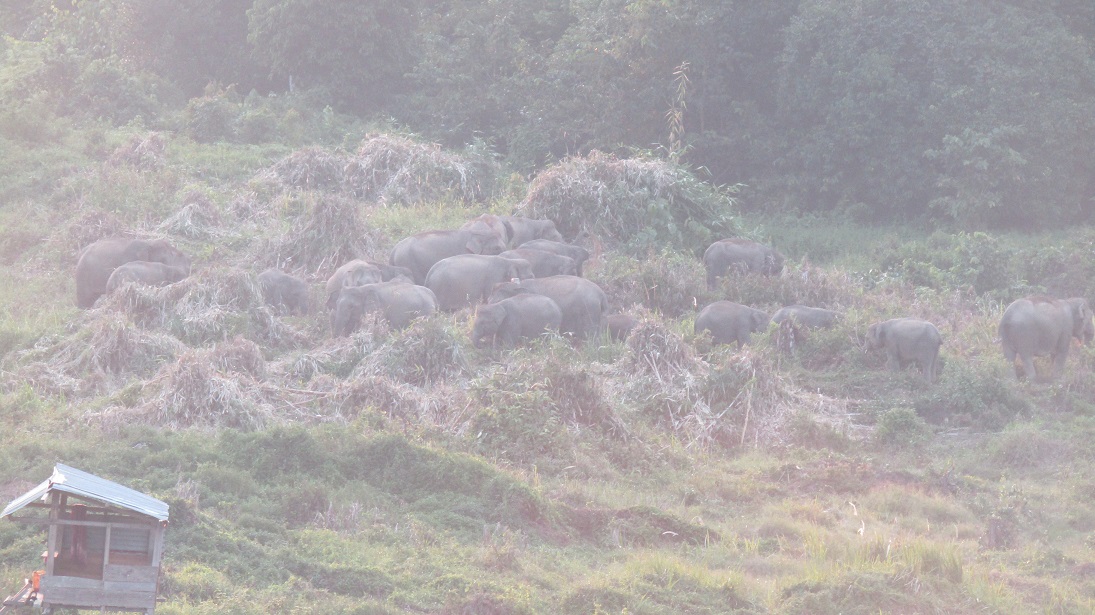 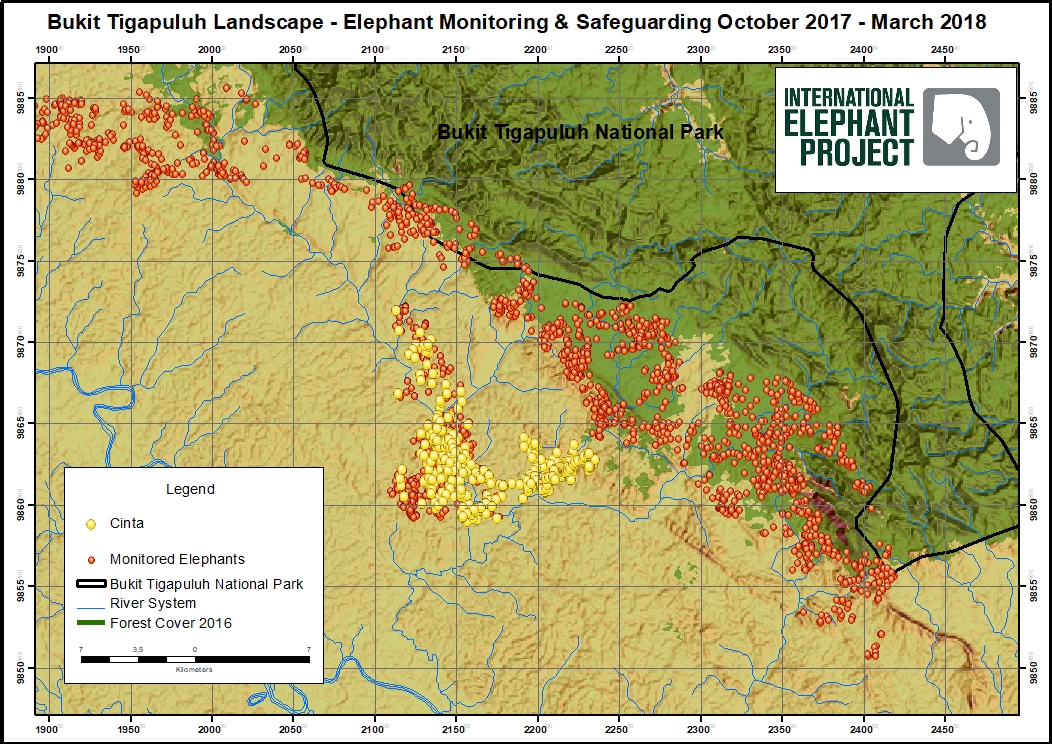