In excellent news, Anna and her family have moved northwards  with Cinta and Ginting’s herds, into the direction of the Bukit Tigapuluh National Park. The herds were trapped for many months between village fields and a rubber plantation and intense conflicts were the consequence. Only after the rubber company stopped for a few days to unblock the old elephant routes along the rivers could the elephants pass through – which they immediately did.

The batteries on Anna’s collar ran out in late 2017. Two attempts to exchange her collar failed for various reasons. Field teamscontinue to monitor Anna using direct tracking and observation. This is relatively easy at the moment since she is still mostly traveling with Ginting who just received a new collar. Anna is part of a herd of about 30 elephants and shares much of her time and home range with Ginting. There are several babies and juveniles of all ages in the herd indicating healthy natural population growth. The map shows the location of Ginting’s herd from April-September 2018. Anna mostly travels with Ginting’s herd so she can be monitored via Ginting’s GPS collar. 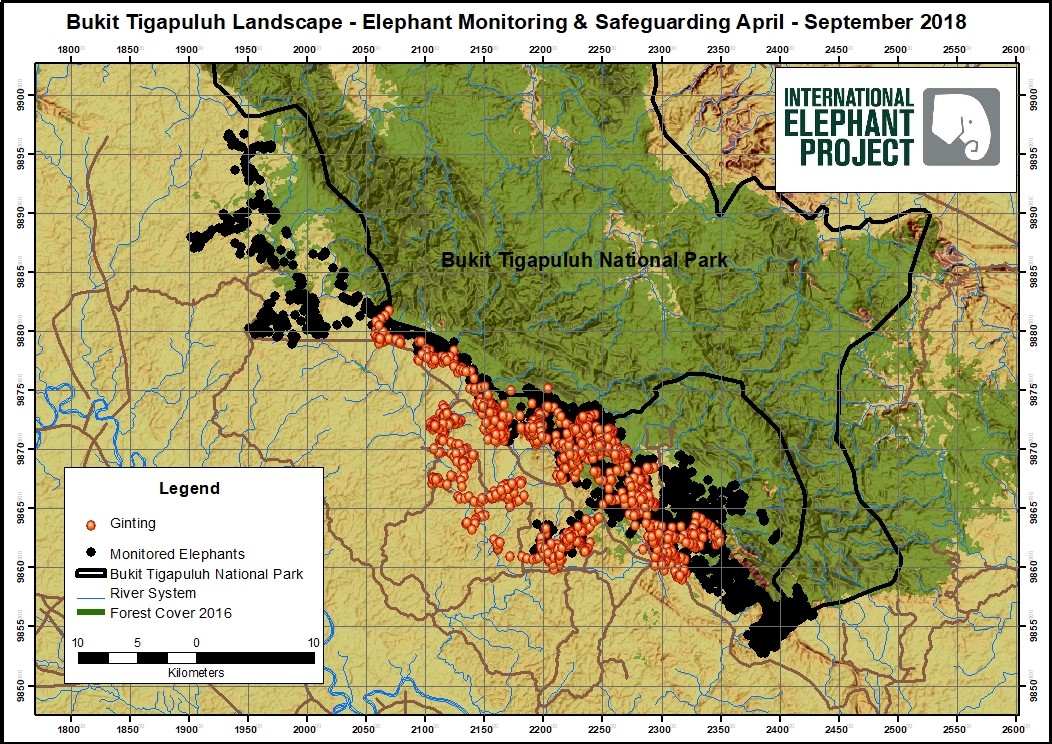 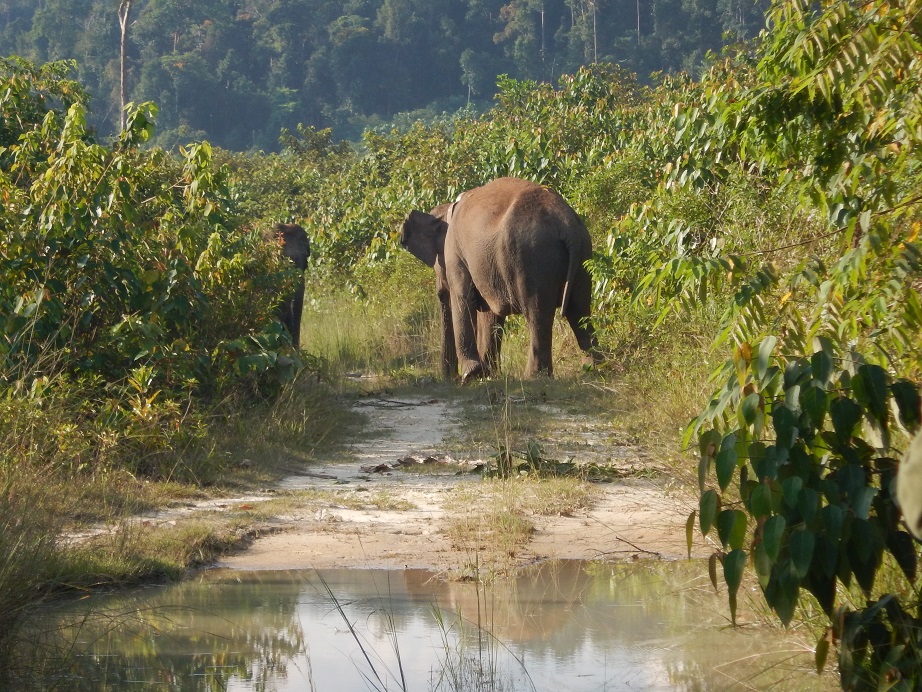 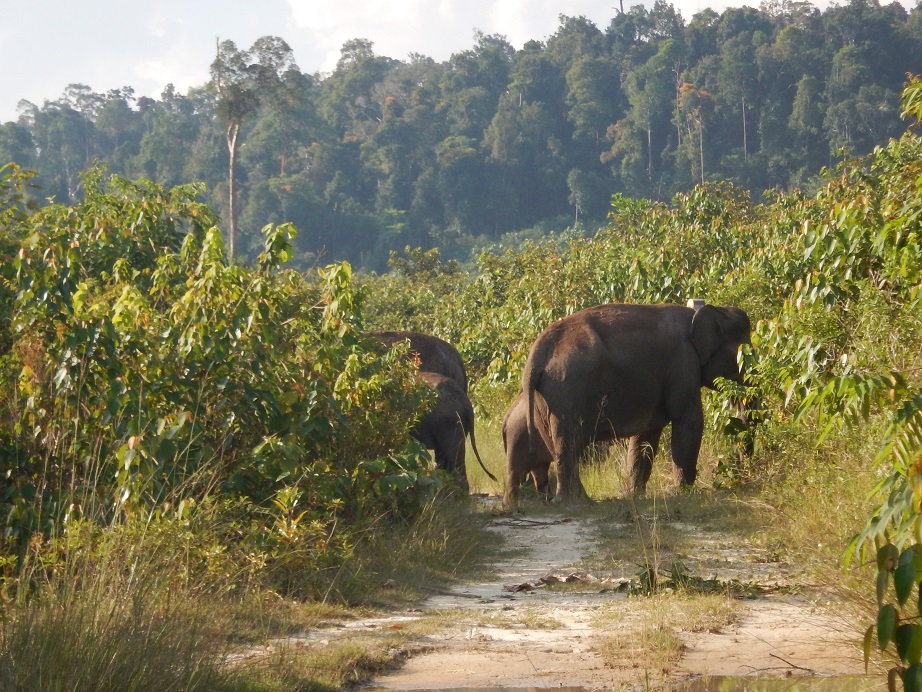