Ginting was collared the first time in January 2014, when she had a newborn male calf that was named Chrisna. Ginting has been re-collared two times since then; in August 2015 and March 2018. Ginting and her family group are most likely closely related to the females of Anna and Mutiara’s herd. Since 2014, both families have spent much of their time together, often forming a larger clan that roams together.

Unfortunately, Gintings’ satellite transmitter has failed to work since April 2020. Since that time, no automatic locations have been available. However, the VHF transmitter still works so the ranger teams worked extra long hours to triangulate Ginting’s location by screening large areas until signals were received. The team will decide soon if they will relieve Ginting from a GPS collar that she has had for many years or if they will replace her collar with a new one so they can continue tracking her movements.

Up until Ginting’s signal was lost, she fancied the company of Indah and Mutiara who moved together or very close to each other. Occasionally they also moved as a clan with Cinta and Freda, the two other radio-collared females. The young sub-adult bull elephant named Nikolas, who was collared in September 2019, spent time with Ginting, Indah and Mutiara’s herds in April and May. This is a typical example of the fission-fusion movements of elephant herds that often split into smaller family groups until they eventually reunite to larger groups of more than 60 elephants. Ginting’s latest location was detected with Mutiara in the South, where conflicts with farmer frequently occur so the ranger teams will be keeping a close eye on her. 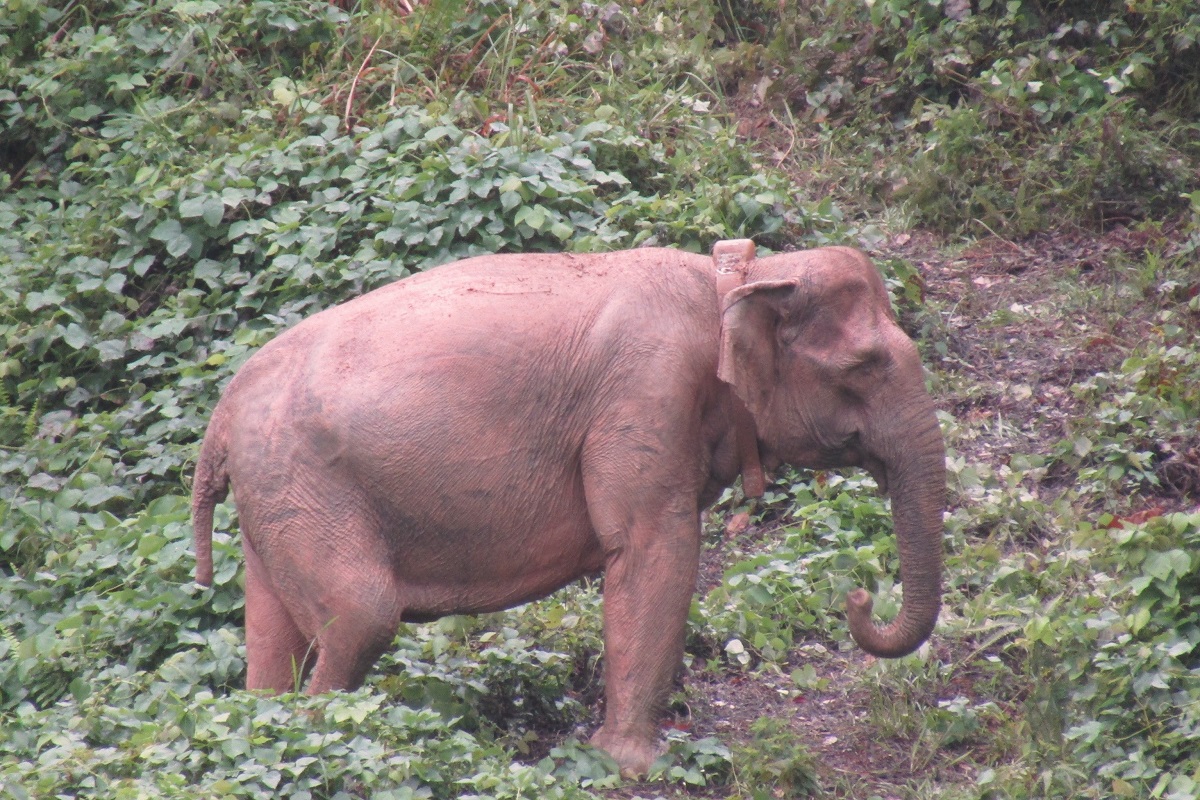 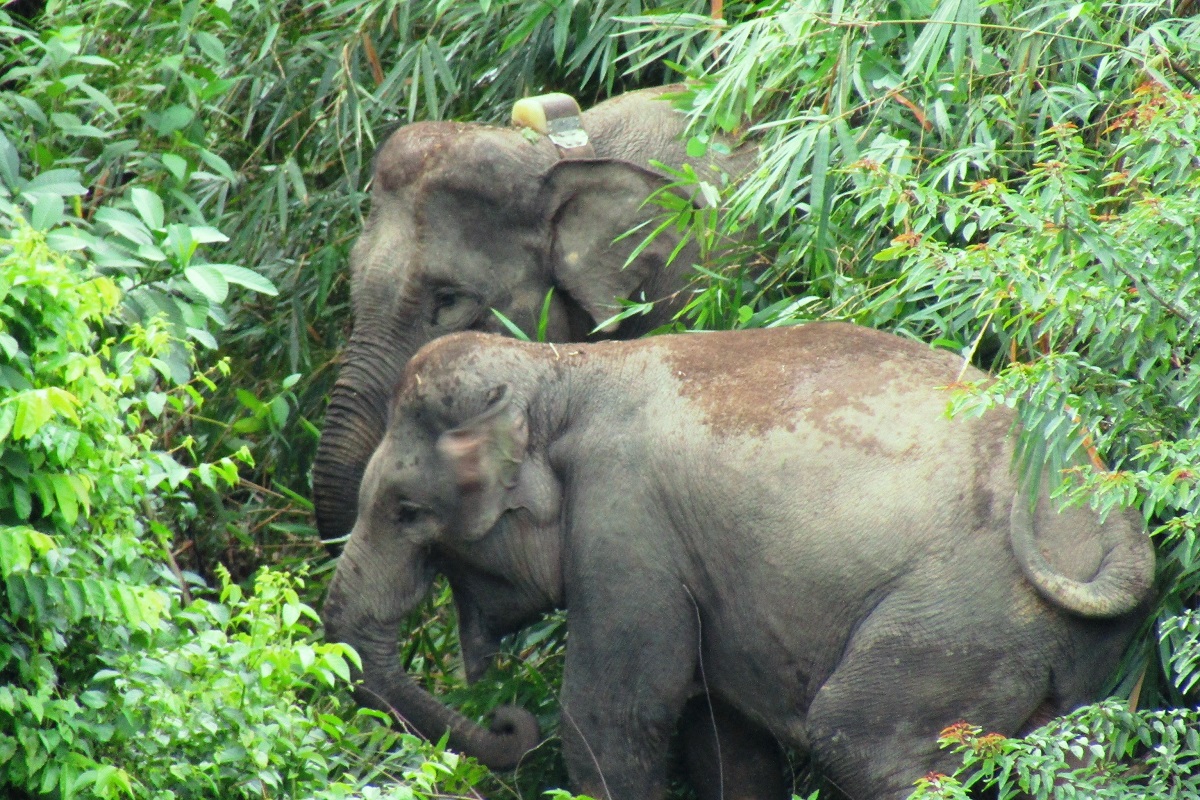 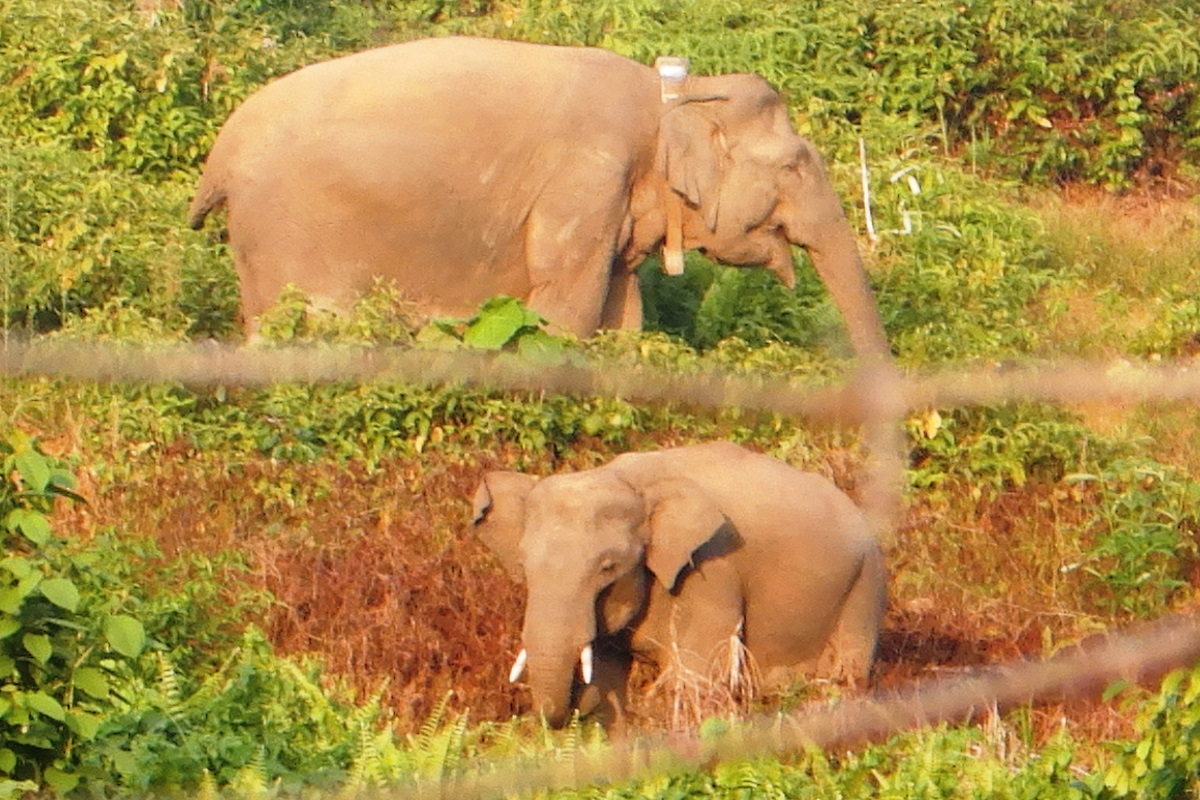