Ginting was collared for the first time in January 2014, when she had a newborn male calf named Chrisna. Ginting has been re-collared two times since then; in August 2015 and March 2018. Ginting and her family group are most likely closely related to the females of Anna and Mutiara’s herd. Since 2014, both families have spent much of their time together, often forming a larger clan that roams together.

Since Ginting’s GPS collar went inactive in April 2020, our Elephant Conservation and Monitoring Units (ECMU) have been trying to monitor Ginting using a combination of VHF radio telemetry and direct tracking. Ginting and Mutiara’s herds have spent much time together whilst traveling over the last six months. Ginting’s herd likes to explore the area south of the WKS industry road and between January-March 2021, Mutiara and Ginting’s herds attempted to cross this industry road several times.

Our ECMU teams in cooperation with local community groups, worked many night shifts to keep these elephant herds north of the road where risks for Human-Elephant conflicts are much lower. After some time, Mutiara and Ginting’s herds resettled to the north of the WKS corridor road and this was a relief.

Thank you so much to our Ginting adopters for helping to keep her safe and protected in the Bukit Tigapuluh Ecosystem. This short video shows Ginting moving towards the ECMU who had to quickly move away from the area! 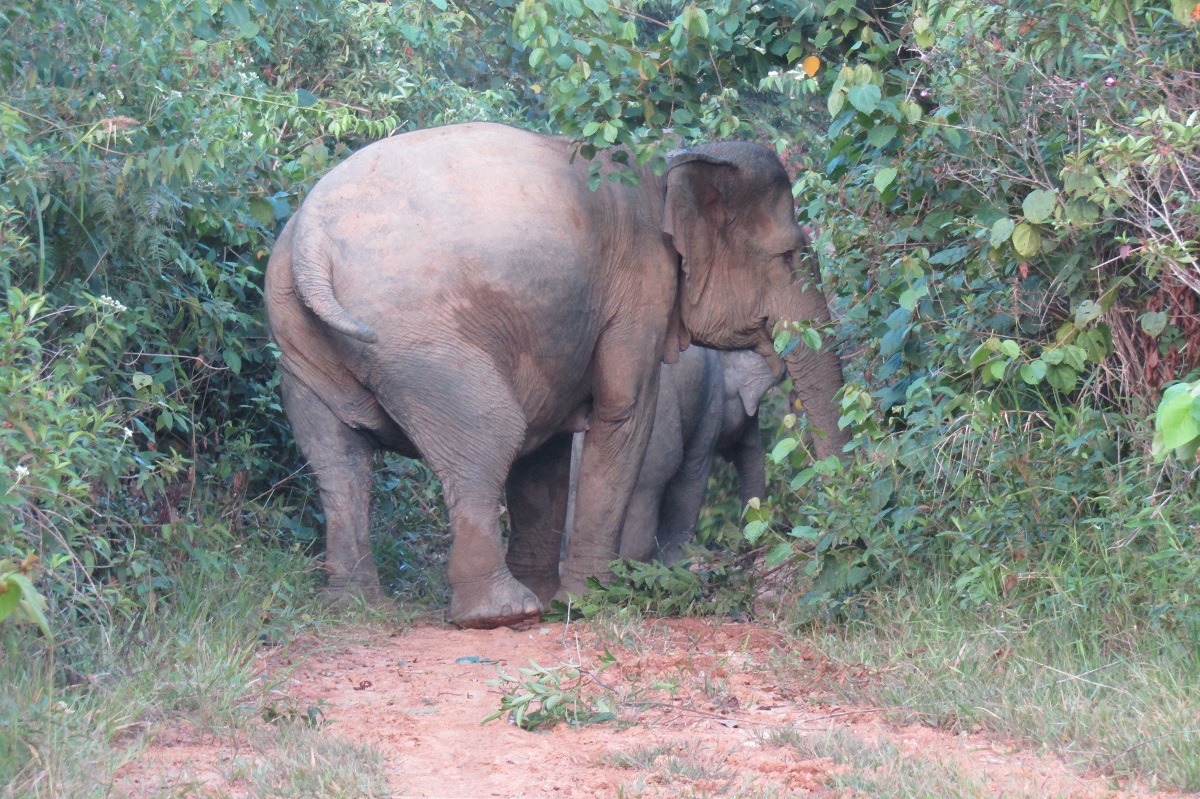