The failed battery of Ginting’s GPS collar did not prevent our Elephant Conservation and Monitoring Units (ECMU) from conducting intensive observations of Ginting's movements. During May and June 2021, Ginting's movements were of special concern for the ECMU team because she moved to the Manggatal River, north side of the WKS corridor road in an area quite prone to human-elephant conflicts.

Ginting is the elephant most often observed performing fission and fusion movements to join female groups as well as male elephant Ozzy. Ginting’s fission-fusion behaviour was most prominent in July and August when she roamed in one of our leased concessions with low human activities and therefore little disturbance, and with high availability of food to feed large groups of elephants containing 30-40 individuals. In late August, Ginting was observed merging with another female elephant group at the Manggatal River near the Wildlife Conservation Area. After the male elephant Ozzy approached the group in early September, Ginting split from the female group and began to travel and forage with Ozzy. The flat terrain, the high abundance of shrubs to feed on, and the moderate human activities in the conservation area allowed Ginting and Ozzy to spend undisturbed time together.

Our Elephant Conservation and Monitoring Units captured this sneaky video of Ginting’s herd munching away in the forest whilst listening to gibbons calling. Thank you to our Ginting adopters for helping to keep her safe and protected in the Bukit Tigapuluh Ecosystem.

(Program run by Frankfurt Zoological Society and Ministry of Forestry). 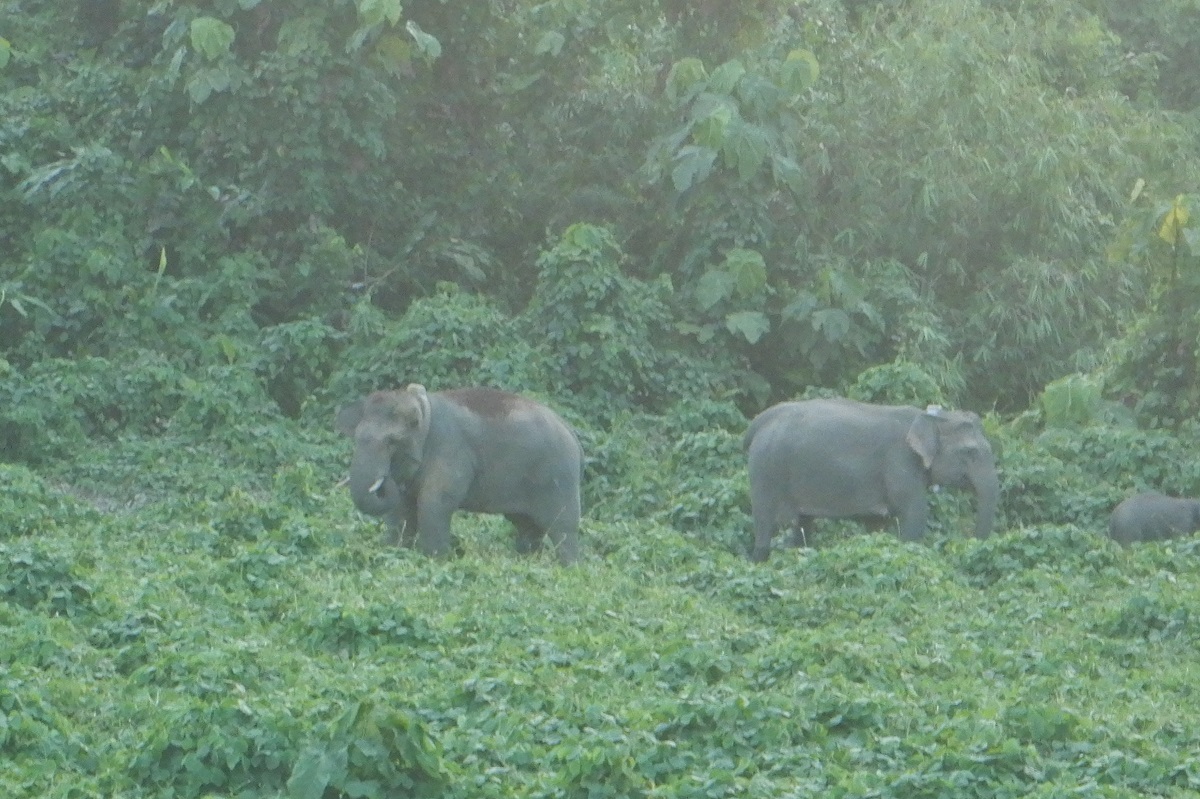 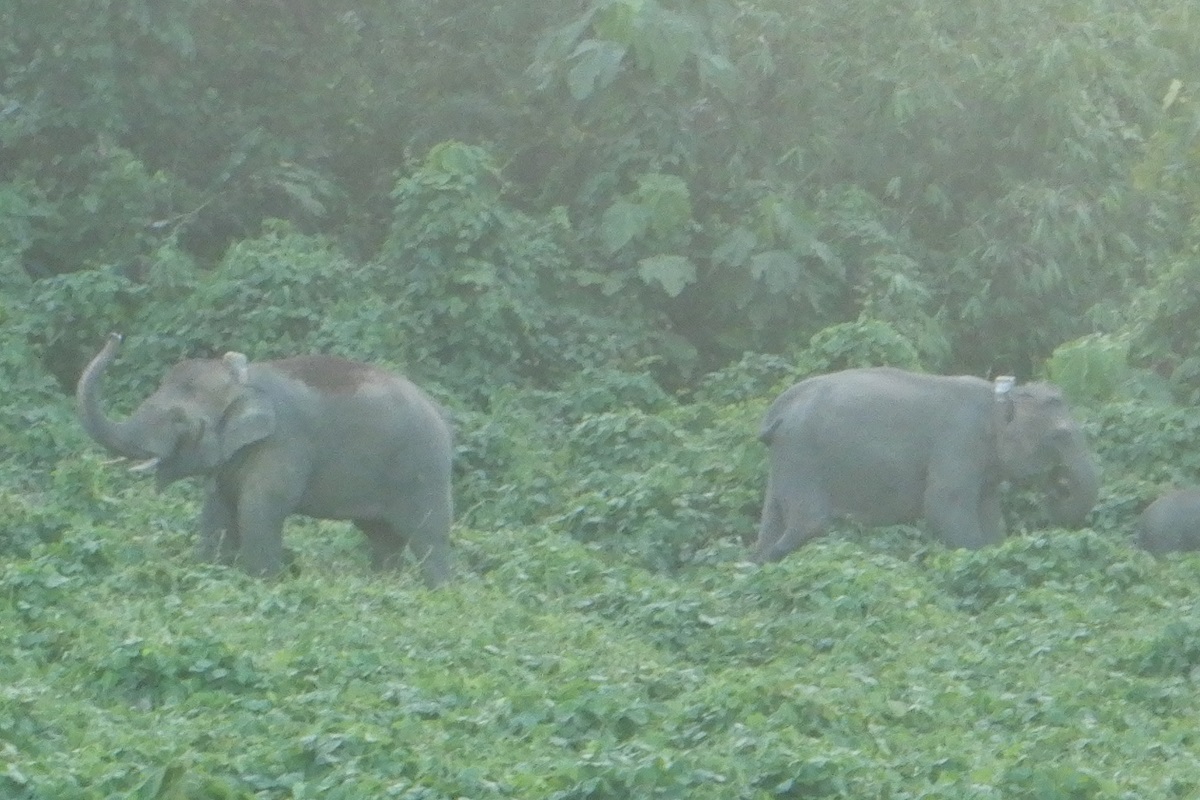 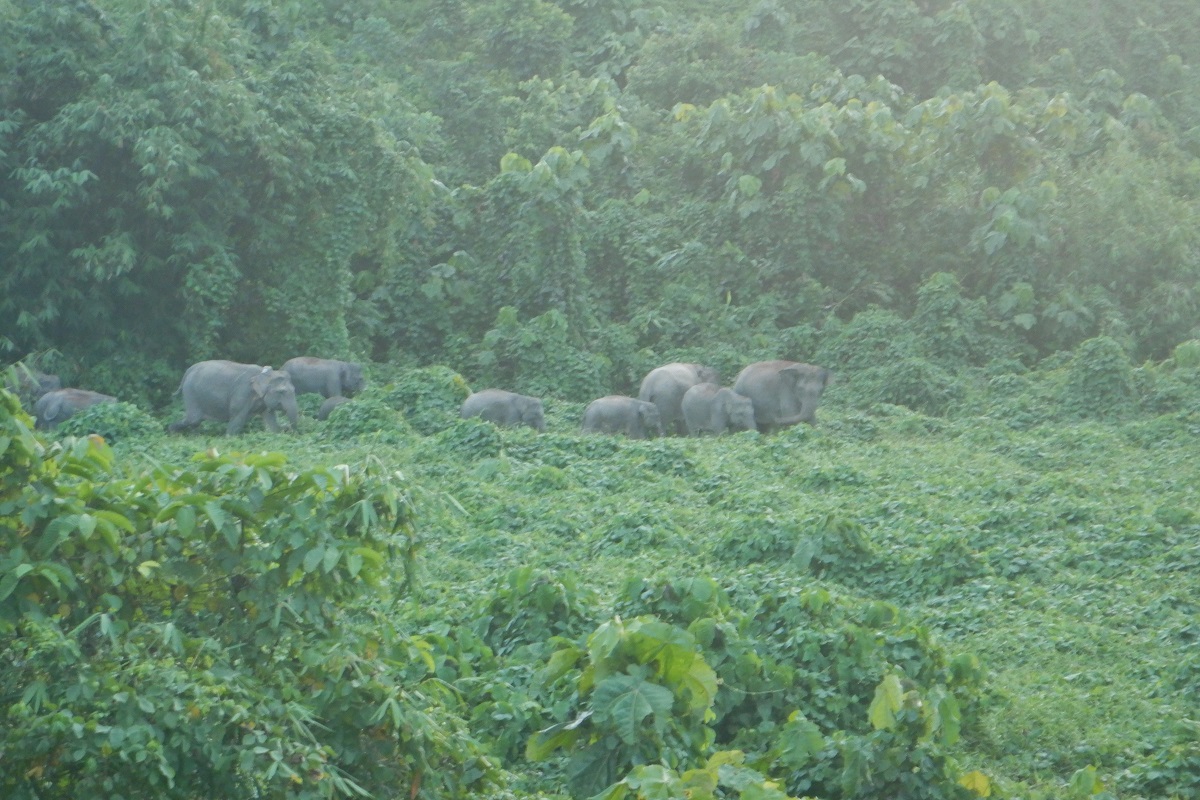