The Wildlife Ambulance team includes a highly skilled team of veterinarians, who every year rescue many animals from snares and certain death. In the past couple of months, they’ve rescued and provided medical care to two sun bears and two elephants. They also sadly assisted in the removal of a dead female sun bear from a snare, who had most likely died of dehydration, along with the bones of a dead male elephant.

Translocating a male elephant back to the forest

The skill and experience of the Wildlife Ambulance staff are crucial when large animals like elephants need to be moved. They recently translocated an elephant who they’d previously moved out of village areas on at least two occasions. 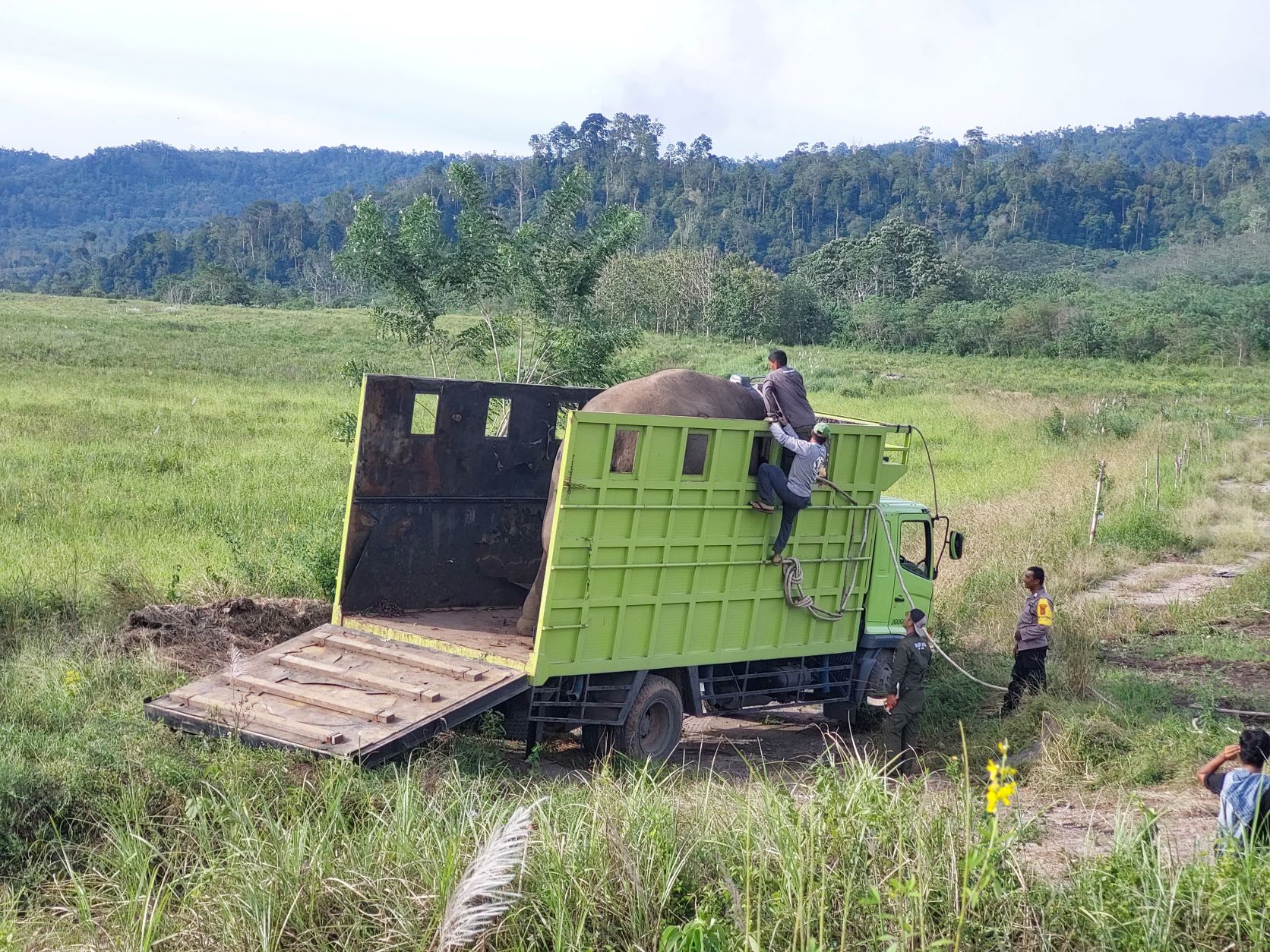 Above: Loading a wild elephant onto a truck is not an easy feat, but the Wildlife Ambulance team were up to the task!

Translocating a large male elephant is not an easy task, requiring teams of people and many resources to ensure the elephant is transported safely. The elephant had been raiding crops in a village in Aceh, the northern part of Sumatra. The good news is that the villagers informed the local authorities (the BKSDA) and the Wildlife Ambulance to ask them to move him, rather than taking matters into their own hands.

Although the villagers believed he was new to the area, the Wildlife Ambulance team recognised him as a repeat visitor named Gesang. They recognised him by the size and shape of his tusks, the shape of his ears and tail, and some scars on his body. The in-depth experience and knowledge of the Wildlife Ambulance team is so important in situations like these. 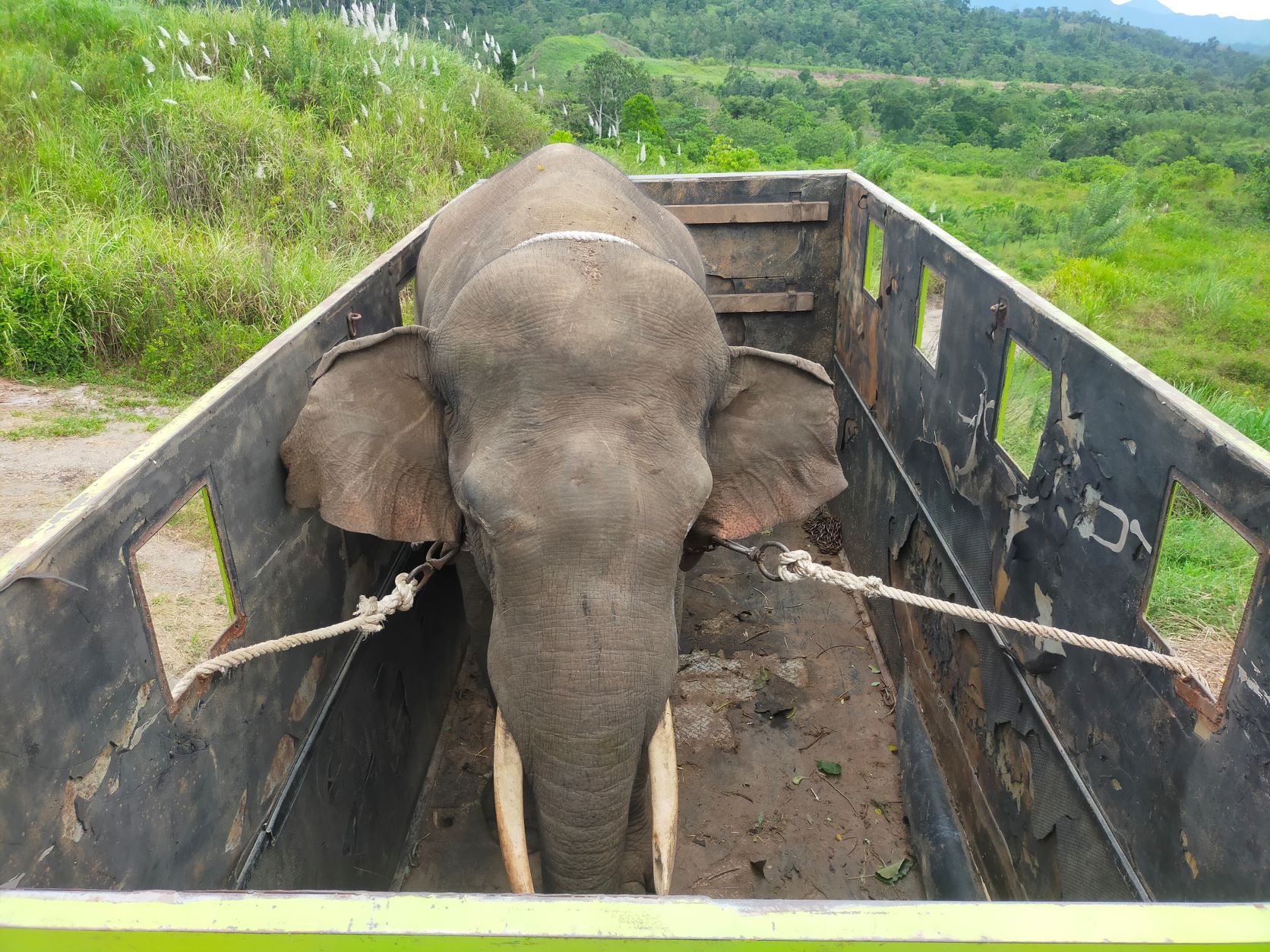 Above: Moving Gesang from the village farm to a forested area

As Gesang had raided crops in this Aceh village on at least two other occasions, the team insisted that a GPS collar be fitted. They wanted to ensure rangers could monitor Gesang, to document his migration and ensure that they can identify him easily in the future. To attach the GPS collar, Gesang was sedated with a dart gun, and with the help of some tractors, he was slowly moved to a location where he could then be put on a truck.

Above: The forested landscape where Gesang was released

Gesang’s journey from the village to a suitable forest location took over one and a half hours. At the same time, the village repaired their electric fence that Gesang had damaged. Gesang was then released into the forest, where his new GPS collar will allow rangers to track and monitor him in the future.

The Wildlife Ambulance is often called upon to care for other species. In June they helped rescue and care for a two-year-old female sun bear. Her left foot was trapped in a wire snare inside an oil palm plantation, which had probably been set to trap wild boar. 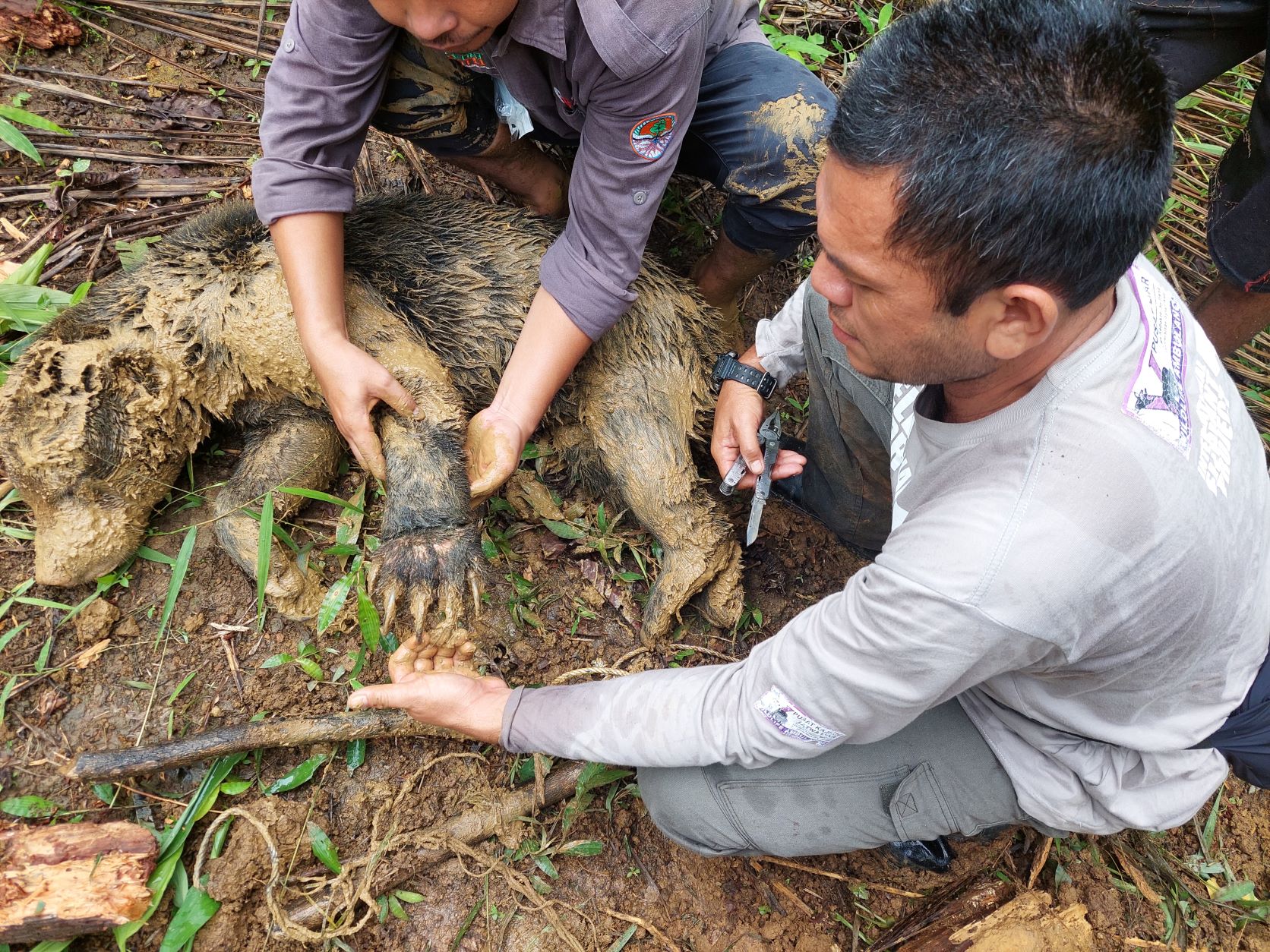 Above: Before they could tend to the sun bear's wound, the team needed to rescue her from the snare, which you can see in the foreground, and lift her out of the mud

Before rescuing her, the team needed to sedate her with a blow pipe. Then they removed the snare and treated her wound with antiseptics and pain relief. The great news is that she was otherwise quite healthy and her paw injury wasn’t too severe. Once her treatment was completed, they were able to immediately release her back to the forest. It’s clear that without the Wildlife Ambulance, this beautiful female sun bear would have died, robbing her species of the cubs she could never have. We’re so proud to support the Wildlife Ambulance team and their life-saving work, helping to save species one individual at a time.