Day in the Life of a Wildlife Ranger - Part One

We often talk about our wildlife rangers and their role in protecting elephants and their habitat. But what do our rangers actually do? Some days, they undertake training to keep their skills sharp or to learn new things like how to use drones to monitor elephants. Some days they focus on community engagement, visiting rural villages and speaking to farmers or school children about the importance of wildlife conservation. But when they’re out in the forest, their days are varied, interesting, and at times even dangerous. Below you can read Part One of our Day in the Life of a Ranger story, with Part Two coming next month! 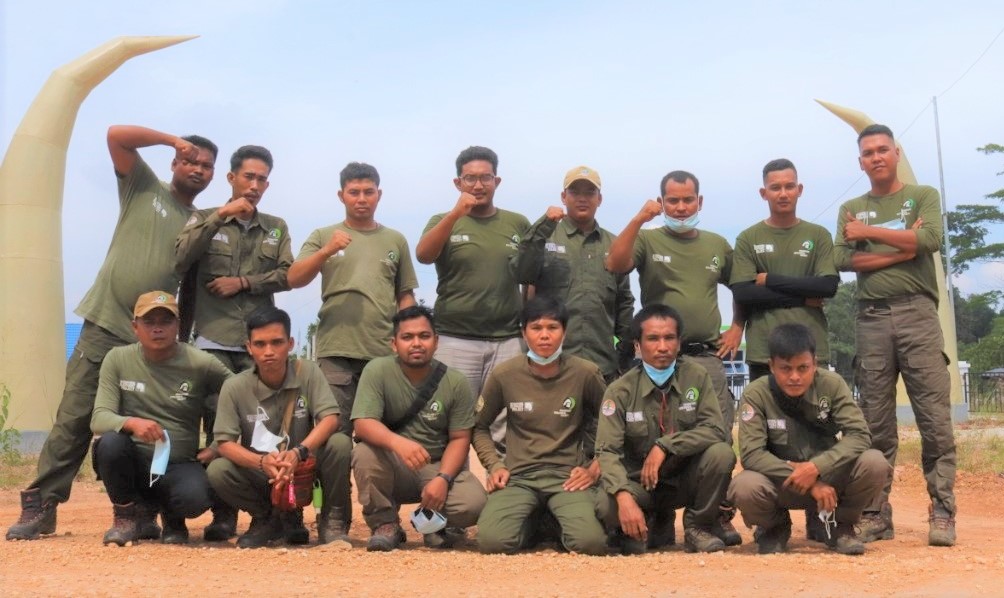 Above: The Elephant Conservation and Monitoring Unit (this project is run by our partner Frankfurt Zoological Society and the Indonesian Ministry of Forestry and Environment)

Wake in a tent with the sounds of the jungle all around, from gibbons calling to birds singing and insects buzzing. The forest isn’t too hot just yet. Wash our faces, hands and feet in the river if we’ve camped near one and prepare our breakfast food. Two of us light the fire, one collects water, while the other two or three of us cook food and boil water.

Have breakfast cooked on a fire, and of course hot sweet tea is a must. Probably two cups if we have time. Chat to the team about our route today and discuss any dangers such as flooded rivers, landslides, or increased human-wildlife conflict on the forest fringe. There are no urgent reports of a stranded or ensnared elephant, so we stick to our plan of patrolling a snare hotspot. But if we get the call that an elephant is in trouble, all today’s plans will go out the window. Saving the elephant then becomes the only priority.

Pack down the tents, douse the fire, and check all our equipment is in working order. It’s the wet season, and we hope our boots and uniforms have dried out a little overnight. Put our packs on our backs and get started, walking single file through the forest. Sometimes we sing songs if we need to encourage each other. But in the morning, the sounds of wildlife and the calm and cool of the forest are enough. 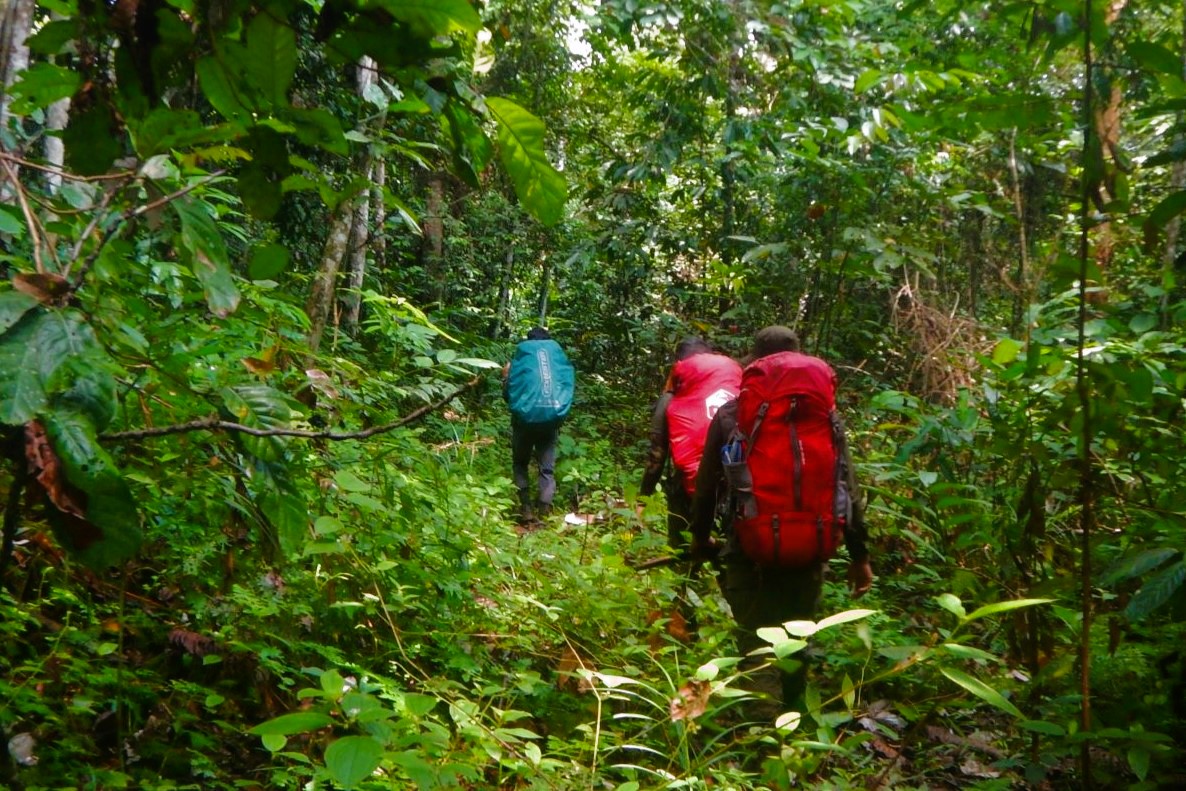 Using telemetry, we track local elephant herds to check where they are, in case we need to encourage them away from farms and villages. Using machetes to create simple paths through the jungle, we take note of signs of wildlife when we find them, such as elephant rub marks on trees or elephant faeces and footprints. Using our GPS monitors, we record where we saw the wildlife signs. We also search for snares. Finding snares can be difficult, as they’re well-hidden to trick wildlife like boar, deer and tigers. But we know how often they catch elephants too, especially calves. Every snare removed is a life saved. 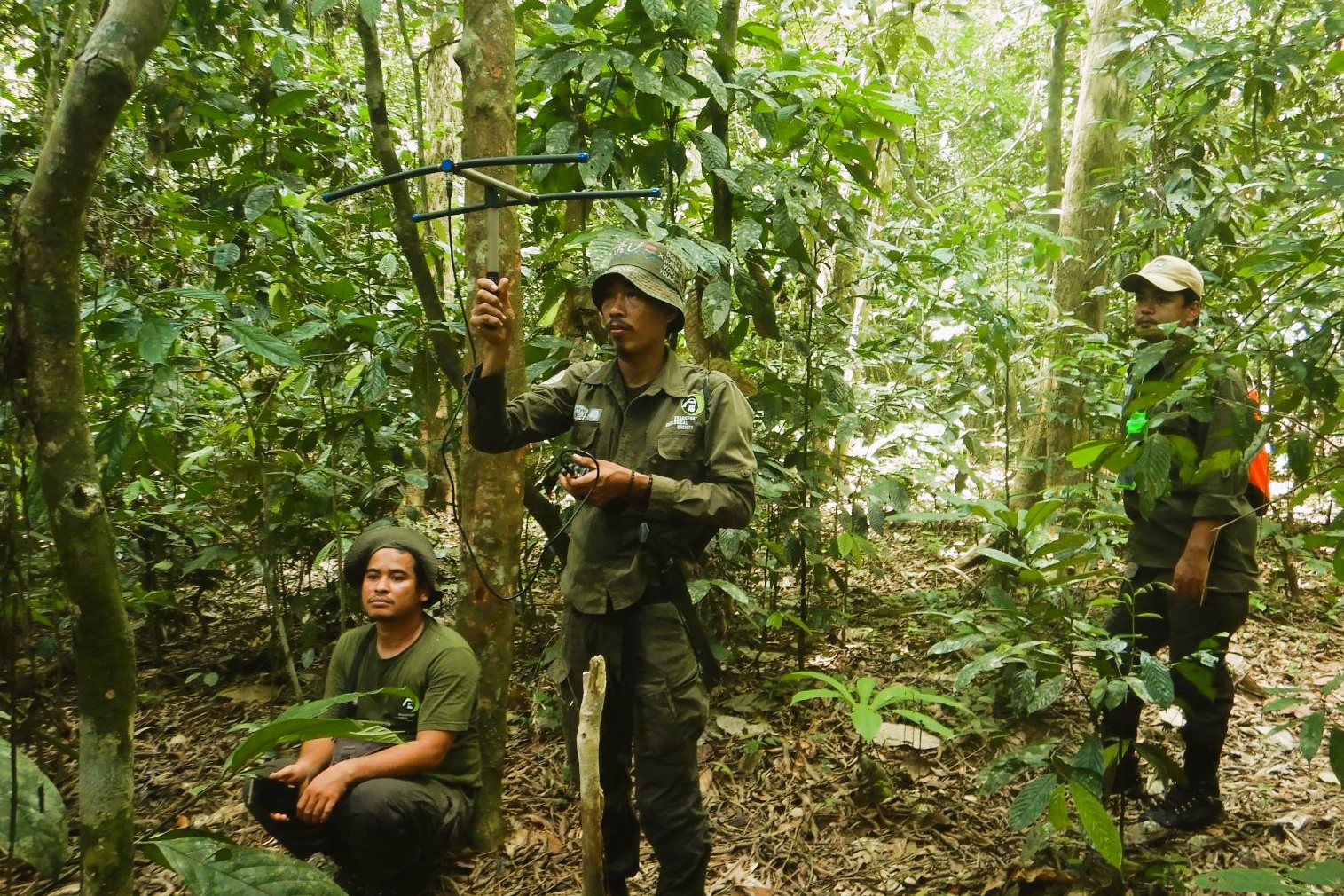 Above: The rangers use telemetry to track and monitor elephants that have been fitted with GPS collars

Reach a large river that’s swollen from heavy rain. Our packs are covered in waterproof plastic, but we carry them high to avoid them getting caught in the current. The river is moving swiftly, and it’s hard work to battle against it to reach the other side, where we need to continue. 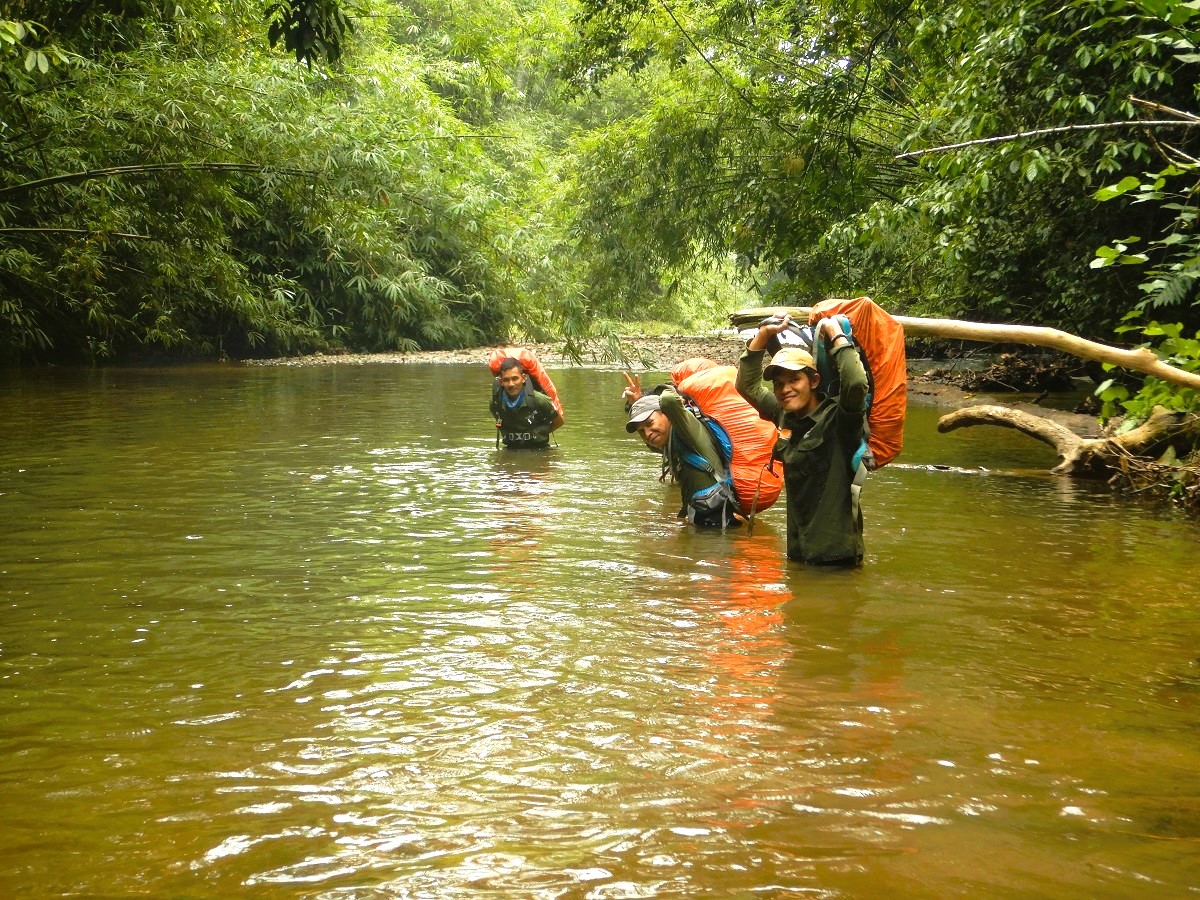 Catch sight of a thin rope hanging from a sapling. This is a sling snare - one of the simplest but most devastating snares. It consists of a rope attached to a young sapling, then fixed to the ground. The sapling acts like a spring, pulling up quickly when an animal steps into the hidden loop of rope, making the rope close tightly around the animal’s foot. We stop to inspect it carefully. We take photos of the snare on our phones and record its position with our GPS monitors. 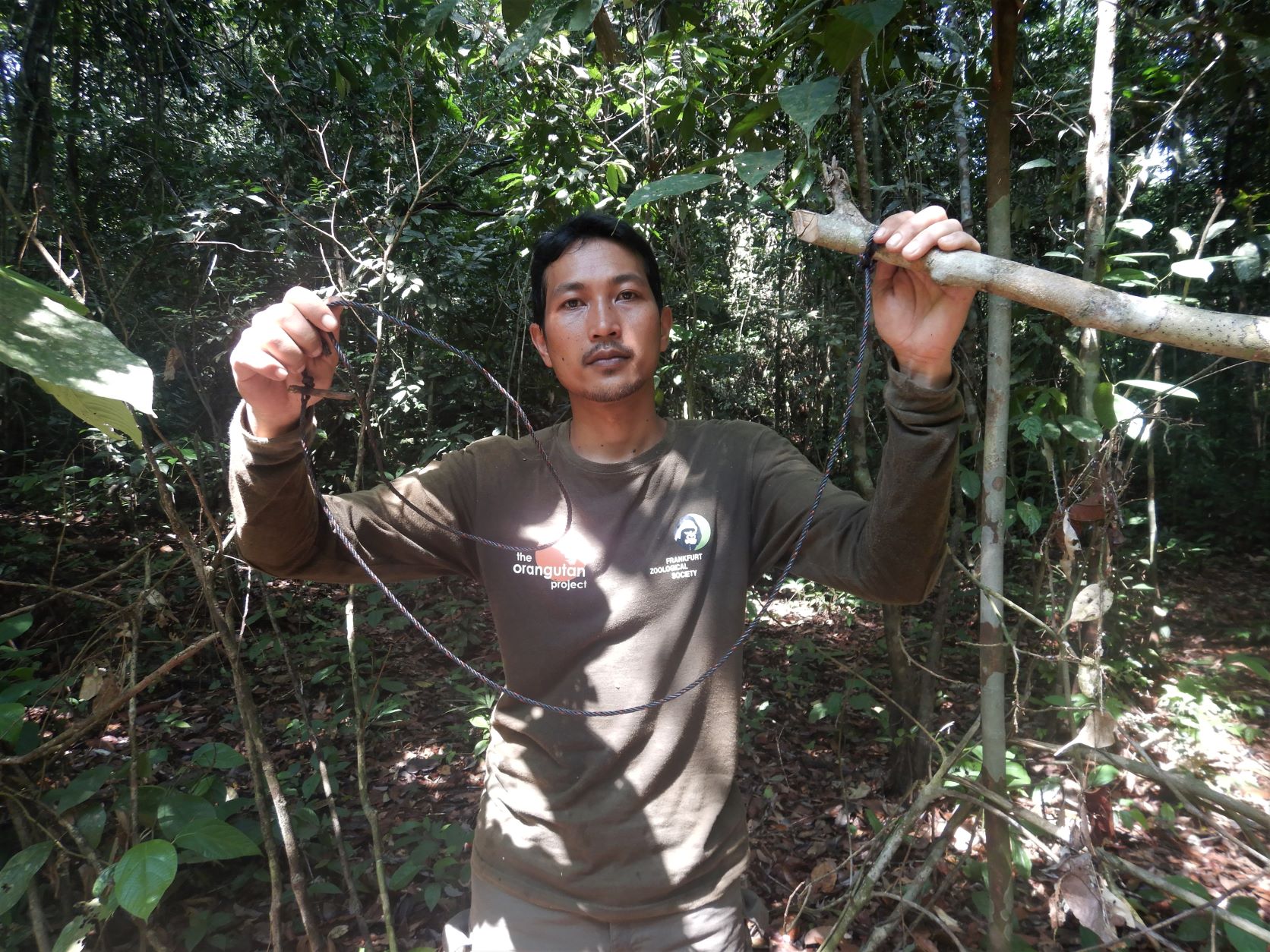 Before we destroy the snare, we get some good photos of it. One ranger puts his boot into the middle of the snare, triggering it. It wraps around his boot, but doesn't injure him thanks to his tough hiking boot. But if a young elephant had stepped into the snare, it could have died alone in the jungle. We cut the rope, let the sapling return to its normal position, and remove the hidden rope.

Two hundred metres away we find more snares. This is more than we found last time we were here, which is a worrying sign. On a recent patrol in a different part of the forest, we found only one snare, a sign that our community engagement is working in that area. We discuss the need to undertake more engagement with the communities living near this part of the forest. We want to make sure they know it's illegal to set snares for hunting, so we decide to meet with farmers on this patrol.

Above: A video of our wildlife rangers removing a large haul of snares from the Bukit Tigapuluh Ecosystem

Just as we’re finishing our midday meal, our team leader receives an urgent call on his satellite phone. It’s the Ministry of Forestry and Environment (BKSDA) with news that an elephant calf has become trapped in a snare. The local community have contacted them to let them know and they’ve called us - this is a good sign the villagers are becoming more aware of the need to protect wildlife. Our engagement is working - but we need to do more.

Without stopping to rest, we have a quick meeting to discuss the best route to take. We set off at a faster pace than before. This is always the hardest part of our job. What will we find? Will the elephant already be dead? The BKSDA weren’t sure as the community messages were confused. Or will we find a young calf, only recently ensnared, who we can rescue easily? Even a small wound will need veterinary care on the spot.

Tune in next month to read Part Two of our Day in the Life of a Ranger story; find out what the rangers encounter when they reach the ensnared elephant. 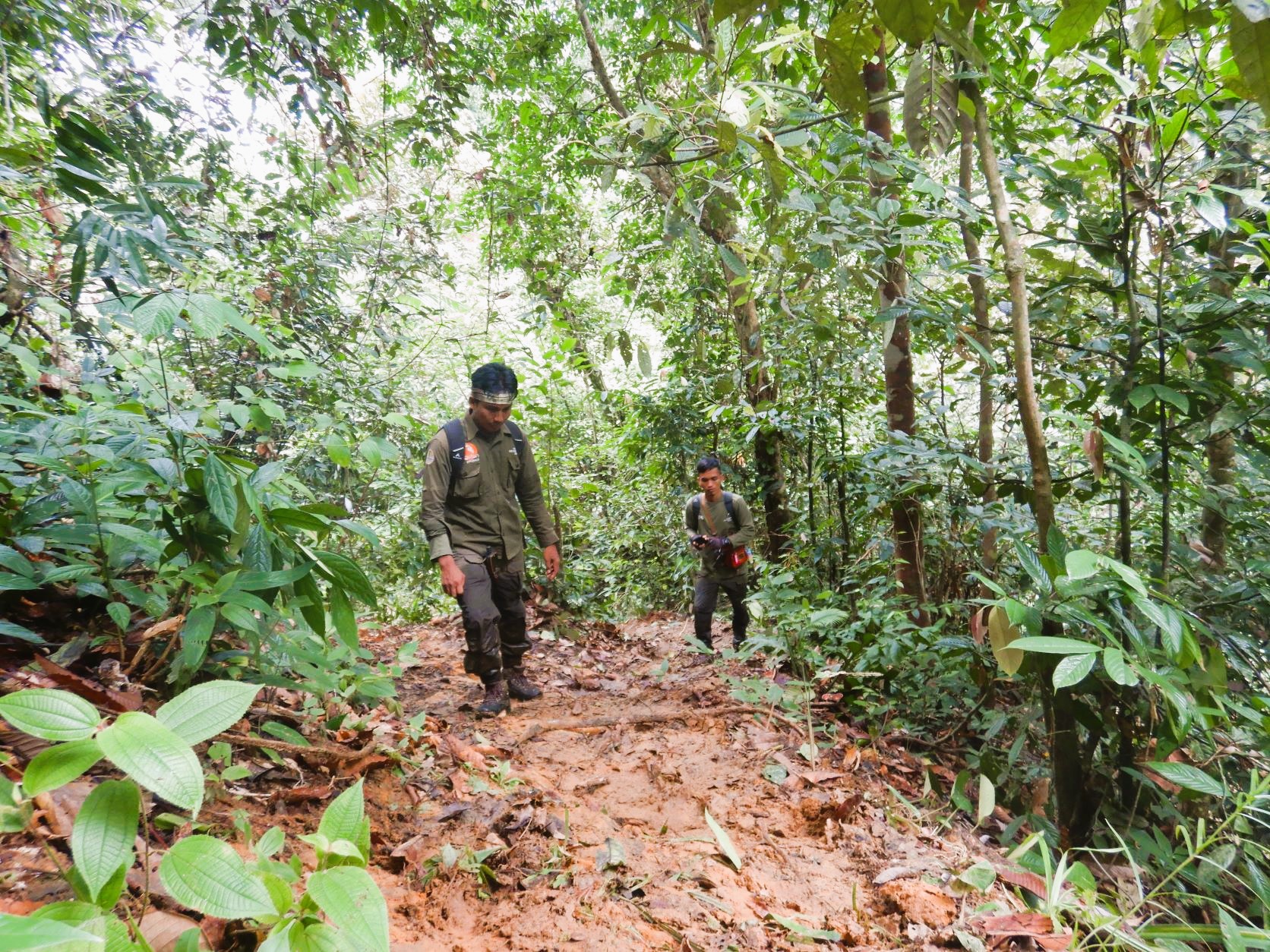